Evan is quite possibly the best attorney I have ever met. He was thorough, reliable, honest, and caring. He helped keep me calm and relaxed during what was an extremely stressful time. My divorce was fast and efficient because of Evan’s hard work and dedication. I wasn’t just a paycheck to Evan, I was a person and no matter what time I called, Evan answered.

Evan is a straight shooter and although he may tell you things you don’t want to hear, they are things that you NEED to hear and trust me, you will be better off because of it.

I can’t recommend Evan enough. If all lawyers were like Evan, the world would be a much better place.

I am deeply grateful for Evan Braunstein’s service, hard work, legal knowledge, preparedness, and passion on my behalf. I hired Mr. Braunstein for a family law case regarding a move away. His personal and approachable demeanor made me feel comfortable and not so overwhelmed. Mr. Braunstein is always reachable, and is VERY patient in regards to questions and concerns. His hard work and dedication towards my case let me know that I was in good hands! The combination of these things and his assistance getting me prepared allowed me to walk into court room extremely confident that we were prepared, and to walk away from the trial knowing that we did our best. Mr. Braunstein was obsessive in his preparation, tireless in his effort, and the communication was outstanding. And all this showed in the court room.

I can go on and on about Mr. Braunstein because he is literally that great!

Thank you so much Evan you are greatly appreciated and your hard work will never go unnoticed!!

Evan was great, he took the time to meticulously go through the proposal and walk me through everything. He made sure that I understood all the implications and complexities involved.

I was aware that the circumstances surrounding my divorce were kind of particular, but after meeting with three different family attorneys from prominent firms in Los Angeles, I was left feeling discouraged and unsure of what to do. It wasn’t until my sister found Evan on Avvo that I decided to contact another family law attorney. Upon my initial conversation with Evan, I had more understanding of the divorce and custody process than I had in my three previous consultations. Evan not only informed me of the various, possible outcomes of my somewhat unusual case, but he thoroughly explained what each phase of the divorce would entail. Not only was I continuously updated with the status of my case, but Evan provided me with sound council and was always available to address my concerns.

Although, I wasn’t sure of what the outcome of my case would be, Evan’s thorough knowledge of family law, kept me feeling confident throughout the entire duration of my divorce. He genuinely cared about my case and dedicated a lot of attention to the various details. My divorce process was smoother than I could ever have imagined and Evan’s level of service was outstanding, to say the least.

His level of expertise, along with his amazing work ethic, efficient methods of communication and his conveniently fixed rate, all surpassed my highest expectations. I am very fortunate to have found him. I would not recommend anyone other than Evan Braunstein to handle a family law case.

It is impossible to quantify what Evan has done for me and my family. After years of turmoil, Evan navigated some very sensitive situations, always keeping my family’s best interests at heart. Evan delivered great results in an incredibly efficient and reasonable manner.

My divorce and child custody case had dragged on for years, and in some ways, will always be contentious. After working with a highly reputable, expensive firm for years, with mediocre results and a lot of drama, I thought the worst was behind us. However, what should have been a simple follow-on matter became a nightmare. I found Evan through this site, and after some brief communications and one face to face meeting, I felt calmer and confident. Even in crisis, I felt confident in my choice.

Evan worked with us through one of the most difficult and challenging times in our lives, and I have no doubt we are healing on the other side because of him. Evan was ALWAYS communicative and attentive. He handled matters personally, and personably. He was up front about his services, his fees, and always gave me options to aid in my own case. Evan uses technology securely to benefit the client and efficiently manage communications. I had all my documents and communications at my fingertips, which was handy on more than one emergency occasion. I never had anything like that with my previous high co$t firm.

He doesn’t sugar coat things, and explained possible scenarios and options which made me feel prepared. Above it all, he kept, not only my best interests but my children’s, at heart, because he knows their best interests are in my heart.

Evan fought for my children and their well being. I have no doubt should we ever need his services again that he would do so tirelessly again. I trust Evan implicitly in family law matters, now and always.

I’ve worked with Evan for some time now. Had I met Evan at the beginning of my divorce, life may have been different. But I do know how rare and valuable it is to have him in your Court after a long, lengthy and rather ugly divorce. After years of fighting and not getting many things resolved, I found Evan in crisis. It was imperative to me that my children’s well-being was our first, and he knew that. He negotiated on their behalf, always! When you are surrounded by negativity and craziness, it can be hard to keep a level head and stick to your priorities. I trust Evan implicitly because he always helped me stay on course and fight for what was important- and not fight about what was not. I am confident the worst is behind us, but also confident if that anything ever arises, I can turn to Evan for sound advice and counsel.

I am absolutely moved by the work ethic Mr. Braunstein put forth in my case. There were many details that had to be addressed properly in order to get the best possible outcome for my children and me. His knowledge and care allowed him to tackle each issue without stumbling. I, like many others have never experienced a situation so devistating for my family both emotionally and financially. However, Evan was able to inform me in a way that gave me strength when I had none. He did not make promises about the case, but he kept me clearly informed about what could or could not happen. This allowed me to prepare. We all know that there is very little one can do to quell a serioiusly concerned parent. Yet somehow Evan’s compitence gave me confidence. Mr. Braunstein was very attentive to me and made many unconventional exceptions in order to handle my case from out of state. He is technologically savvy which allowed him to be quick on his feet when the need arose. Overall Evan Braunstein put in a lot of time and effort to ensure that I was represented to the fullest. As I told him after winning the case and helping to ensure mine and my children’s future, you gave me the ability to do what I would never have been able to do for myself. I spoke to many attorneys before him and all were very leary about taking on my cause because I was out of state. Mr. Braunstein rose to the challenge and did it for a reasonable fee. My children will benefit greatly from the extremely peresistant work that Evan Braunstein put forth for fairness in my case.

I just wanted to thank you for the outstanding representation you gave me regarding my divorce case. I was a little leery about hiring you at first because. I have been going through this case for close to 10 years and before you I had 2 other attorneys that I had to let go because of unnecessary billing and just not getting the job done. The Judge said it best, (YOUR SERVICE WENT OVER AND BEYOND)You stayed up really late and even met me at your office when everyone else was watching T.V or in bed. If you ever need a recommendation feel free to give them my phone number or even my email and I will be happy to speak with any of your future clients. I’m really impressed with your work habits, negotiation skills and your truthfulness.

I found my lawyer! Evans mind is quick, sharp and his ethics are of utmost importance. This is the feeling I felt over and over again working with Evan Braunstein’s law team. The opposing lawyer admitted to not working with the intent or time Evan invested with me.. and it paid off! Evan was personable, easy to communicate with, and most always available. Evans smart and super tough in the court room but friendly and became one of my family’s own by the end of our case. This is a man that fought for me and my concerns! If your looking for a lawyer, stop here and talk to Evan first.

Evan served as my attorney during my divorce that was handled through a separate mediation group. His advice, professionalism and straight forward approach were impeccable. Any time I asked for assistance, he responded immediately and with excellent follow up. There is no telling the amount of money that Evan saved me through this process  and I can’t thank him enough for helping me through a very difficult time.

After interviewing several lawyers I decided to go with Evan bc I was immediately impressed by his attention to detail and his ability to explain things to me with knowledge and patience. One of Evan’s best qualities is his transparency and authenticity. I always knew exactly where I stood in my case, what my options were and of course Evans knowledgable, constructive advice. I believe there is no one who could have taken my case and had a better outcome than Evan did. He does a terrific job dealing with opposing council and has a great  track record. I have already referred two of my friends to Evans law firm and I can’t recommend him to anyone reading this review enough.

Worked with Evan on my divorce and am happy to highly recommend him.  It was a pretty clean case, but Evan was buttoned up and always responsive to any questions that arose.  He took me through all the details and made sure I understood all aspects of the case.  He’s a true pro and definitely worth a call if you need a solid family lawyer.

Evan Braunstein helped me through the most difficult time of my life with class and integrity. He was ready to fight when necessary and ready to negotiate when prudent. I would recommend him to anyone who is looking for a great lawyer who is accessible and will be there when you need him most. 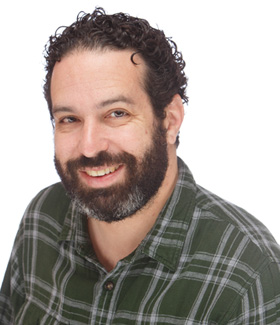 Check out Law Offices of Evan Braunstein on Yelp